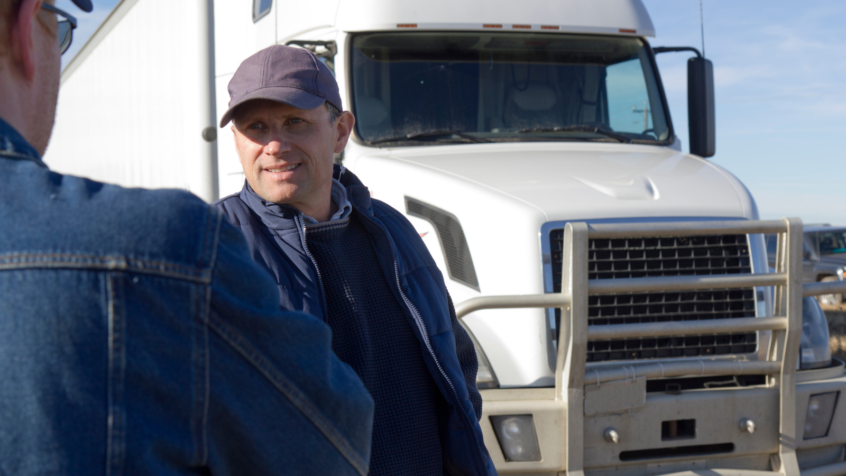 The Canadian Trucking Alliance has been heard, and the Canadian Federal Government is backing down from Covid 19 vaccination restrictions. From now on, Canadian truckers are exempt from mandatory COVID-19 testing and quarantines after returning from the United States.

Weeks ago, 14 republican senators joined the claim of Trade associations on the U.S and Canada and, asked President Joe Biden for an exemption of Canadian truck drivers in the vaccine mandate for foreign truck owners/operators. The argument was clear, with that rule, the North American Supply Chain will be disrupted.

However, The Canadian Government has actively been a part of the solution of exemptions. Although, the mandate that will start this Saturday still applies to unvaccinated and partially vaccinated American Truck Drivers and foreign nationals. Those truckers who try crossing into Canada will be forced to turn back until they are fully vaccinated.

According to the CTA president Stephen Laskowski, even though the majority of Canadian truckers are fully vaccinated, those who are not “are starting to quit their jobs” and the industry now has a deficit of almost 18,000 drivers.

On the other hand, trucking associations are still waiting for the United States vaccine mandate for essential workers at the border on January 22nd. Their biggest concern is that more than two-thirds of the $650 billion in goods traded annually between Canada and the U.S transports on roads. If the mandate is not flexible with truck drivers, prices could be higher than before. “We’re going to see prices skyrocket for groceries, for everything,” Conservative Leader Erin O’Toole said.

Supply chain disruptions drove Canada’s headline inflation rate to an 18-year high in November, and according to the Bank of Canada, that could hike as soon as April.