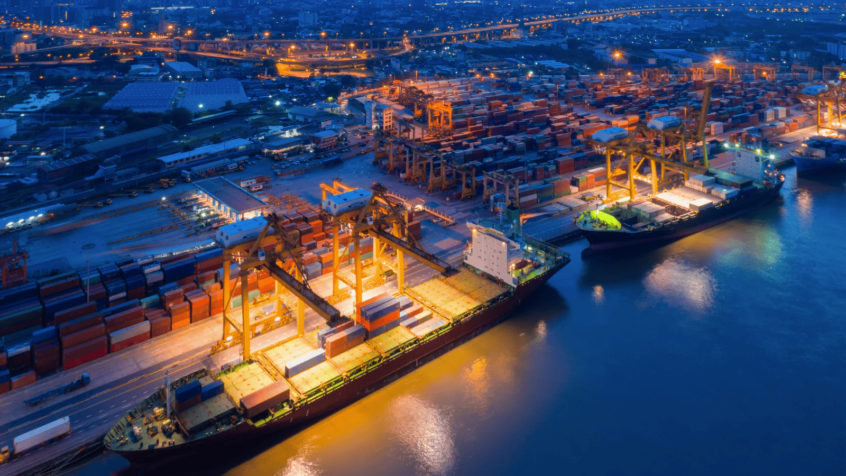 Records are being broken at one of the nation’s biggest Ocean Ports. According to the Port of Los Angeles, July 2022 was a record month for them in processing containers. On Aug 17, 2022, a press release was announced by the Port, claiming they processed an estimated 935,345 Twenty-foot TEUs in July. This record number of TEUs was a major jump for the port, outmatching the previous record set in 2019, by 2.5%.

With this announcement, the Port of Los Angeles continues to make waves in clearing backlogged containers, which has been a hot topic among supply chain disruptions for a while now. According to Port of Los Angeles Executive Director Gene Seroka in the latest briefing, “Remarkably, we continue to move record amounts of cargo while working down the backlog of ships almost 90%, a huge accomplishment by all of our partners.”

Seroka has noted that in Southern California, measures have been deployed to keep the steady flow of operations, citing that the terminals have a higher capacity, and have offered help for cargo owners looking to re-route their cargo, to head over to LA to do so.

According to more positive reports, the number of container ships headed to California, specifically for the Ports of Los Angeles and Long Beach, has significantly slowed, producing numbers lower than the bottleneck that began two years ago, according to the latest MSN reports

Adding to the statistics, Hapag-Lloyd AG, the largest container carrier based out of Germany, have published its statistics of anchored ships in the US, mostly out of New York, Houston, Savannah, and Georgia. Hapag also suggested they have seen a significant drop in dwell times in Los Angeles, from a peak of 11 days, down to an average of 4.2 days.