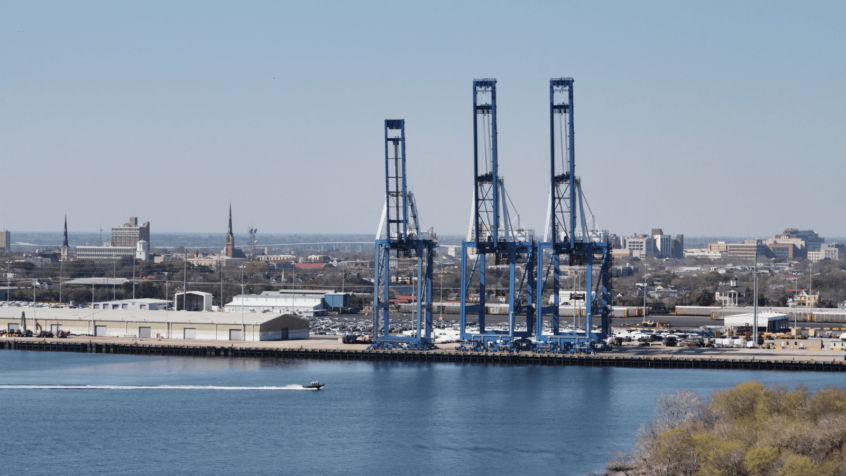 The Port of Charleston is making a difference. It seems to be the only one that’s not fighting against the enormous congestion that other U.S ports are living in now.

Due to more than 2 billion invested in infrastructure at the right time, Charleston’s importing volume is at an all-time high.

“The Port of Charleston is handling more retail goods, home goods, furniture, appliances, and electronics than ever before,” said Jim Newsome, President and CEO of the South Carolina Ports Authority. “We have the cargo capacity, berth availability, and terminal fluidity that retailers need to quickly move their cargo as we head into the peak season,” he added.

The supply chain at the Port of Charleston remains fluid.

According to Freight Waves, In September, the Port of Charleston moved 205,008 twenty-foot equivalent units at the Wando Welch, North Charleston, and Hugh K. Leatherman terminals. Moreover, to a record September, the TEU total was a 5% increase YoY.

In September, South Carolina ports handled a total of 113,486 pier containers. Of those, Wando Welch handled 83,323, North Charleston handled 19,302, and Leatherman handled 10,861. In addition, the Leatherman Terminal took only two vessels over the past ten days.

Charleston’s ability to navigate the influx of cargo over the last 16 months has many West Coast importers rerouting to the East Coast. The time lost in traveling through the Panama canal is made up in efficiency at the Port. In the end, getting products to market faster.